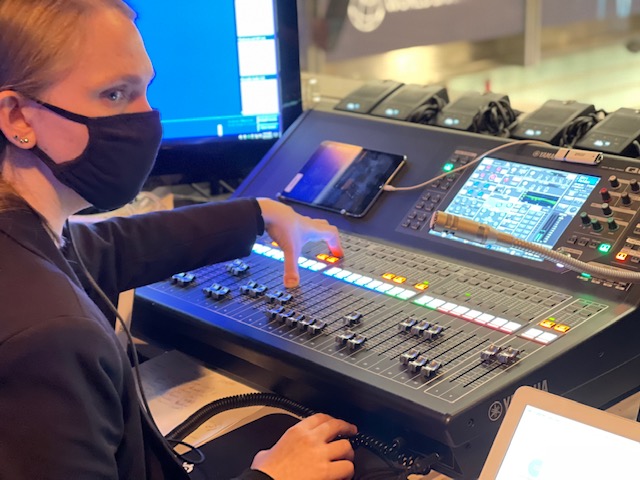 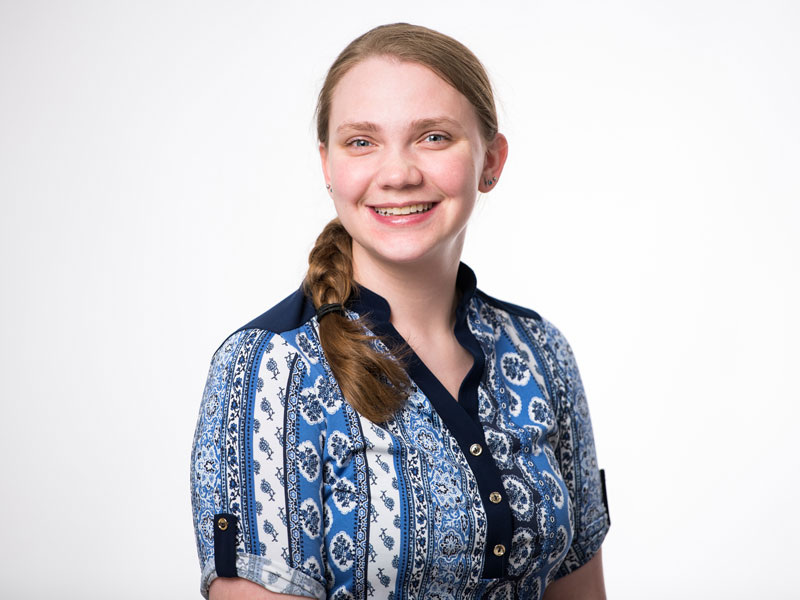 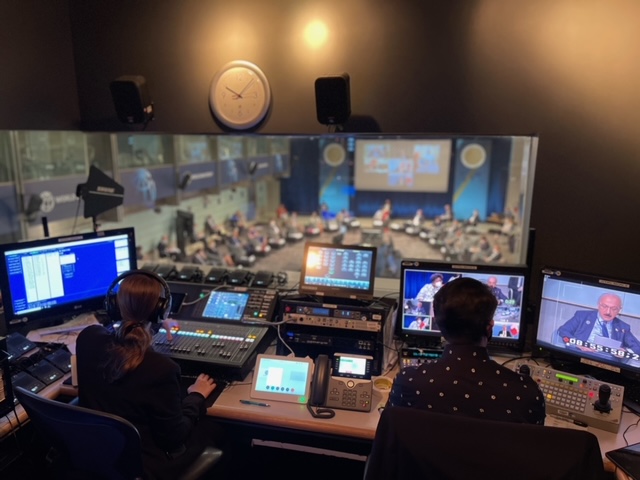 What is your name and job title?
My name is Mollie Cave, I’m a Senior Media Systems Technician II at The World Bank/TeamPeople.

How would you describe your job to someone outside of the industry? What do you do on a daily basis?
Generally speaking, it’s my job to handle the audio and video aspects of larger meetings, conferences, and other events. For onsite events, that would mean working the audio board, running video with a production switcher and a camera controller, talking with meeting organizers or speakers directly to accommodate requests or answer questions, or a combination of these things. In the virtual work environment there’s also a strong consulting component to coach speakers and clients on how to maximize the quality of their production in addition to supporting them as much as we can in a technical capacity.

Recently, I’ve been brought on to help our engineering team install and test new and more versatile solutions for an increasing demand in hybrid meeting capabilities in addition to helping along projects already in progress. A lot of the systems at the bank are relatively unique so brainstorming how to approach a setup or incorporate new equipment with a pre-existing system is often part of the process.

What’s your greatest achievement or something you’re proud of from your career?
Every six months the bank hosts a week long set of meetings that includes Development Committee, one of our highest profile meetings. I’d been part of the operations team for the event before running sound, but this past fall was our first time incorporating hybrid elements in a socially distanced room setup, and I was asked to lead the team for the meeting and develop the plans for routing, staging, testing, etc. It was an honor to be selected to lead by management, and more of an honor to receive the trust and support of the rest of the team for it to come together.

What’s the coolest experience you’ve had in your career?
The coolest would probably be mixing sound for Sir David Attenborough where he showcased footage of “Our Planet” before its release on Netflix in an event addressing plastic pollution at the World Bank. Close second would be running the monitor board for Delfeayo Marsalis’s jazz combo as an intern at The Barns at Wolftrap. I’m always a big fan of talent who’s humble enough to ask for a selfie with the audio folks.

How did you get into what you do now?
I was originally pursuing a degree in music education to become a band teacher but pivoted my studies to a degree in music technology and audio engineering. A couple of my friends were student workers for the university event production company and I decided to apply thinking I could spend some time with friends while getting paid and acquire a foothold into a potential job industry. I’ve been doing event AV and freelancing as an audio engineer for local music halls and bands ever since. I applied to work at the bank per the recommendation of a colleague and now we’re coworkers.

How has the industry changed since you started?
In addition to massive shift in what AV work looks like during the pandemic, there seems to be more effort being put into hiring women, or at least creating a better environment for a more diverse worker pool. I think of some of the more egregious moments I and my non-male peers have had to put up with and how those aggressions are coming to light, whether they happened years ago or last week. There’s more pressure for people to be better and pay attention, and I’m glad for it. So many of the women I’ve met doing this are tough as nails and they’re inspiring because of it, but it shouldn’t have to be a requirement just to get by.

What advice do you have for someone new to the industry?
When possible, surround yourself with people who know more than you, and then listen. So often have I run into folks with overinflated bravado, especially when freelancing. They can teach you something too, but remember that often the people who have the most wisdom are the same people who don’t feel the need to broadcast it. I’ve had dozens of people tell me they would much rather teach someone with a good attitude who’s going to work hard than tolerate someone who pretends to know everything.

Who inspires you? Is there a quote that motivates you?
One of the biggest influences in my life was my high school band director, Roy Holder. He’s still a big name in the music education community and the ensembles he directed were always better in their performances and capabilities because of him having contributed to them, but he also told us nuggets of wisdom and was respectful and kind, even when it didn’t seem fully earned. He’d say things like “don’t be upset if someone keeps bugging you to do better; that means they care. When they stop bugging you is when you should be concerned” and he always addressed me as “ma’am”. His commitment to developing us as musicians as well as just people, to have someone I hold in such high esteem treat me as a peer, had a profound impact on me.